When you first join the squadron you will be known as a Junior Cadet. For approximately two to three months you will learn the basics of becoming an air cadet and allows you time to decide whether you like what you've seen and done.

After Junior Cadet you become a Second Class Cadet. You are now enrolled as a full member of the squadron and are issued with your personal Record of Service book (RAF Form 3822) which you record all of the activities you have done with the Air Training Corps into it. The subject areas you will cover under this classification are:

Additionally, you may also cover:

This period is designed to be as practical as possible in order to get you involved and interested in the subjects taught as it will pave the way for the rest of your career in the Air Training Corps. 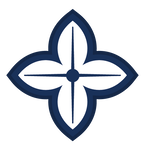 After completing the Second Class Cadet syllabus you will become a First Class Cadet and awarded the badge as shown right. First Class Cadets are also eligible for the BTEC Certificate in Aviation Stuides (equivalent to 1 GCSE). You are moved from the basic training flight into the main squad for foot drill and will learn advanced movements including rifle and ceremonial drill. You will cover:

Additionally, you may also cover: 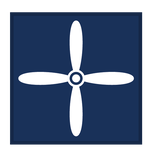 Upon finishing the First Class Cadet subjects you will be reclassified as a Leading Cadet. Leading cadets will be eligible for the BTEC Extended Certificate in Aviation Studies (2 GCSEs). Subjects covered will include three of the subjects listed below:

If a cadet has reached fifteen years of age and Leading Cadet then he or she may attend overseas camps such as RAF Akrotiri (Cyprus) or RAF Rheindahlen (Germany). 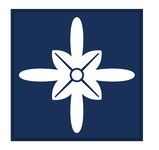 After completing the Leading Cadet syllabus you will become a Senior Cadet. Subjects covered will included three further subjects not already completed from the list above during their Leading Cadet training. On becoming a Senior Cadet you will be able to attend either of the Leadership courses at Cranwell or Frimley Park.

Cadets at this stage are often asked to assist the instructors with the various elements of training, they themselves, have received up to this point to help in recognising potential promotion in rank.

Once a cadet has reached sixteen years of age and passed the Senior Cadet syllabus they have completed the aviation training syllabus and are reclassified as Master Air Cadet.

Master Air Cadets are eligible for the BTEC Diploma in Aviation Studies (worth 4 GCSEs) and awarded with a certificate with the following badge.

Instructor Cadet is the final classification a cadet can reach and indicates that a cadet has both completed all of the aviation training syllabus set by the Air Training Corps and also at the stage to teach junior cadets below them some of the subjects that they too received as they progressed through the classification training. Upon completion of a Method of Instruction course, a gold lanyard is worn around the left shoulder. However, by completion this does not mean there is nothing left to achieve. There are still many more opportunities available.

If a cadet has completed a Junior Leaders course, a maroon lanyard replaces the regular gold one in recognition of the course. This is an intense course spanning over eight months and a select few in the Corps will succeed in completing the course each year. Cadets must have obtained the rank of Sergeant and be over 18 before attending.

Similarly a new course has been running since September 2008 called the Qualified Aerospace Instructor Course (QAIC), which is run for a comparable length of time to the Junior Leaders course and provides cadets, once trained, the necessary skills and knowledge to instruct staff and cadets in the Regional Activities Centres around the UK. The course comprises of the following modules:

Upon completion cadets are permitted to wear the blue QAIC lanyard in place of the gold Instructor Cadet lanyard.

By continuing to browse or by clicking "Accept Cookies," you agree to the storing of first and third-party cookies on your device to analyse site usage and enhance the user experience of this website. We do not collect your personal data for marketing information. Ready our Privacy Statement for more information.